Why was this site created?

KC & I (Tom) lived in Germany for 10 years. For 8 of those years we were involved in racing and coursing events.
The oval tracks (45 in Germany alone) were all timed – even the practice runs. These times were placed in your hound’s permanent record book, called a HundePass.
The HundePass included all the data you would want on a hound:

At the end of the year, Germany would publish these times in a book you could buy (what a valuable tool when you were planning to travel and look at the times of your competitors). What was equally, or even more useful to us, is that you could see how offspring did in comparison to a sire or dam. How often have you wondered how a dog you own now would have compared to a hound you owned 3, 4, or more years ago? Germany has been timing events for over 90 years – what an awesome database of information.

KC & I had a dream to start a database of our own and share it with folks who wished to participate, so we started the ZASSC. It is apples and oranges to other tracks that may decide to do similar events around the country.

Our track is at 6,800 feet, a slight uphill, will not have the same times as say a track at sea level on any coast with a flat or slightly downhill layout. However, as we learned in Germany, once you build a database from different locations you can do some predictions if the race is clean, etc. Let me explain. Let’s say greyhound Sammy runs here at 10.8 seconds as an average.

We take him to a California setup and he runs an average of 10.3 seconds then we could deduct that the California track is running a half second faster than the Colorado track. You can take any breed that has run here and theoretically predict his/her running time there if all things are normal. Weather, wind, heat, etc, all play rolls, but not so much that you would not have a good idea. 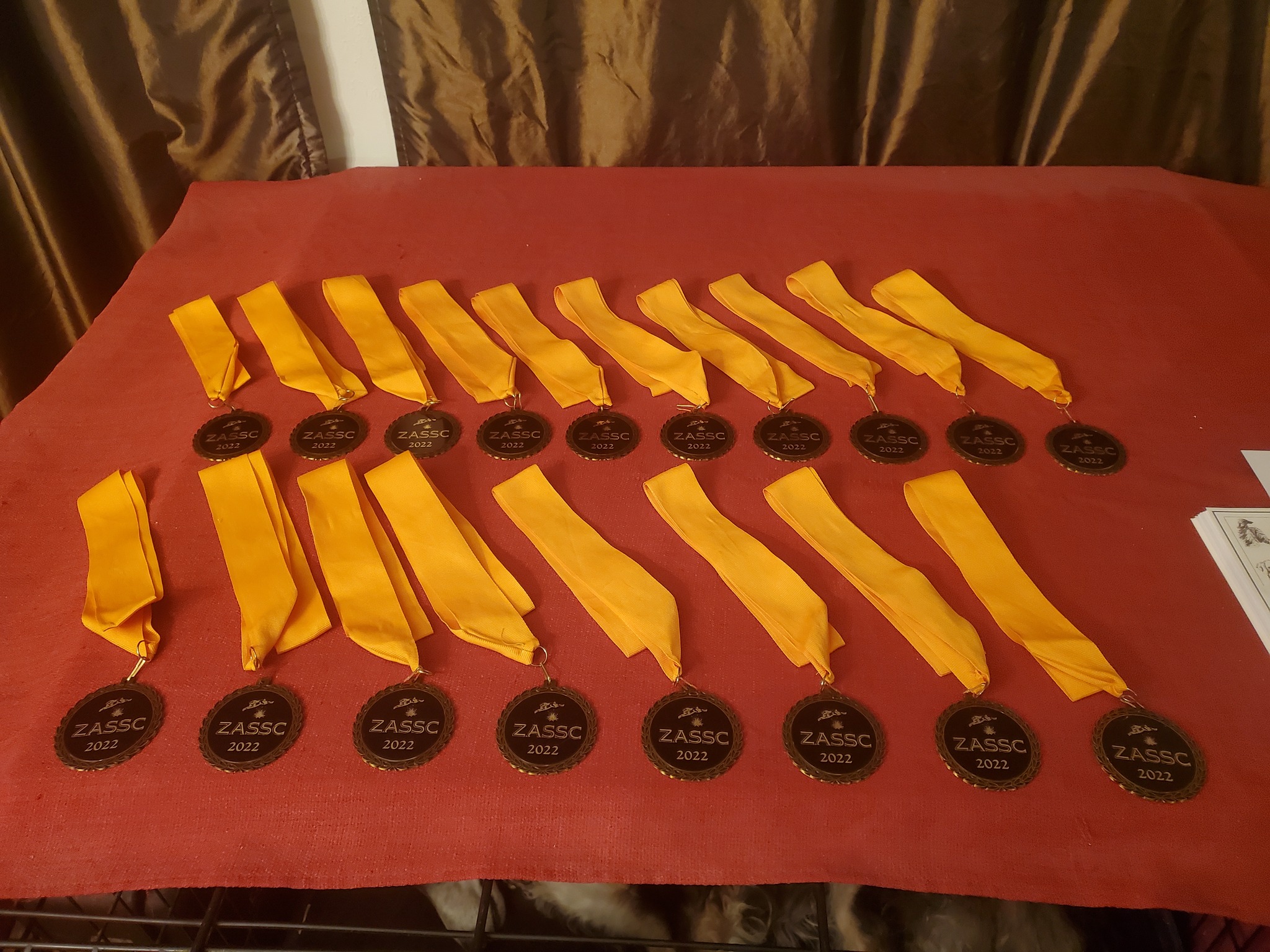